Pep Guardiola said he has little respect for Arsenal’s actions off the pitch as the bad blood between the Gunners and Manchester City continues.

The relationship between the two clubs has occasionally boiled over since the Blues were taken over more than a decade ago, with the number of players swapping the Emirates for the Etihad and Arsene Wenger’s public comments about City’s spending adding to the tension.

There have also been specific issues this season. City were left unimpressed by Arsenal’s conduct in pursuing Mikel Arteta to become their new manager, including flying up to Manchester for late-night talks on the day of a game between the two teams and announcing his appointment publicly without informing the other party, as is the norm with transfers at this level.

Arsenal’s part in going to the Court of Arbitration for Sport to try to ensure City’s expulsion from next season’s Champions League has also gone down poorly at the Etihad, with Guardiola telling the Gunners and the other seven clubs to be up front in future if they have a problem with the Blues.

City suffered their first defeat in three years at the hands of Arsenal when they lost the FA Cup semi-final to Arteta’s side at the weekend. Guardiola gave full credit to his former No.2, but turned an answer into how they would use fixtures with Watford and Norwich into another dig at Arsenal’s behaviour away from the pitch.

“Our game, who we are, with and without the ball. We are good when we go full gas, no fear, it doesn’t matter what happens and we play. That’s what we have to take from these two games,” he started.

“Watford and Norwich can beat us but I want us to be who we are. I said after Arsenal, my only regret from the game was that we didn’t play the first half like the second. We wanted to play 90 minutes like the second half. And after, if we were beaten, we shake hands. The opponents always deserve my respect and credit and Arsenal have it.

“I have all respect for what Arsenal are on the pitch – not much off the pitch, but on the pitch a lot. Congratulations to them and good luck in the final.” 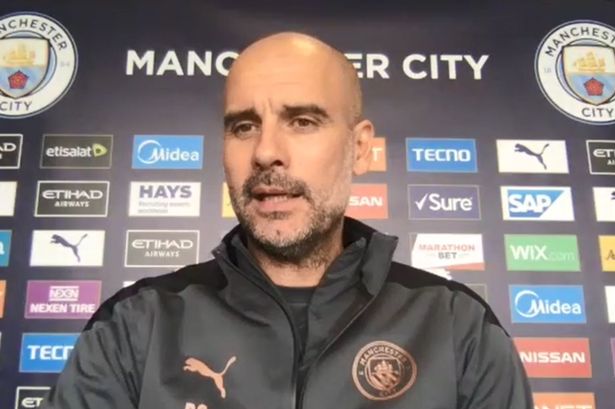 How Manchester United should line up vs Leeds United